McEnroe vs Federer: A battle of Mindset

In her book, Mindsets: The New Psychology of Success, Professor Carol Dweck uses John McEnroe as an example of a person with a Fixed Mindset. I think he’s a great example for many reasons.

You can’t argue with the fact McEnroe was an extraordinary tennis player. He is ranked 6th in the list of most career match wins on the ATP World Tour – that’s more than Andre Agassi, Novak Djokovic and Andy Murray. He is often considered among the greatest players in the history of tennis.

A Growth Mindset is not Growth

The Growth Mindset is just the understanding that growth is possible. It's an invitation to grow. But it's not the growth. In order to grow you must take action - and very specific actions. 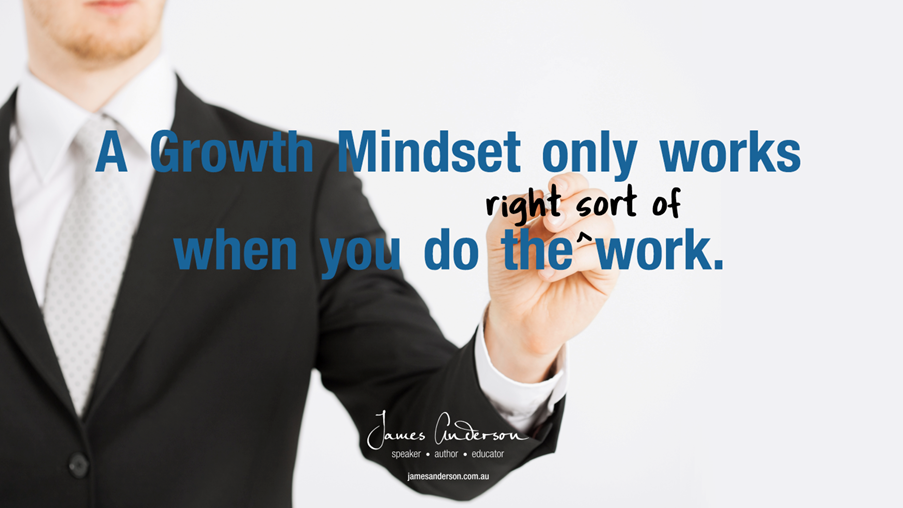 Growth requires us to develop mature Habits of Mind and apply them through the process of Virtuous Practice – something I describe in my book The Agile Learner, and that I’ll be exploring in more detail in my blogs over the next few weeks. 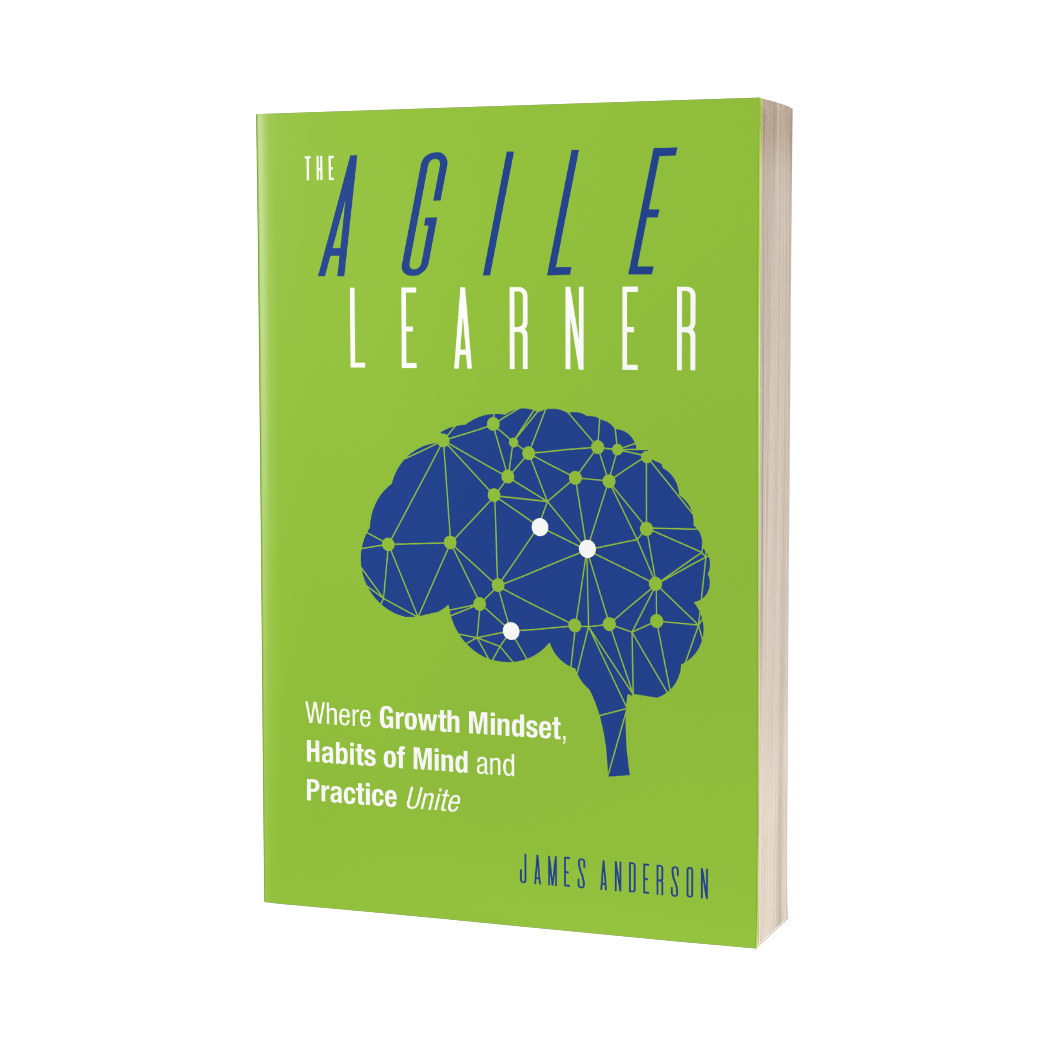 McEnroe didn’t have a Growth Mindset, but he did develop many Habits of Mind. He also engaged in Virtuous Practice, which led him to become one of the world’s most successful tennis players.

(Jump ahead to learn more - how to achieve growth and learn about:
Learning Agility,  Habits of Mind  and  Virtuous Practice.
So why bother with a Growth Mindset?

So, if you don’t need a Growth Mindset to grow, why put so much focus on it? Why not simply focus on the actions required to achieve growth?

"The answer is that a Growth Mindset is far more than an invitation to grow. It’s a reflection of your understanding of how the world works, and it allows you to engage in the world in a far more productive, and gracious, way".

Think about what happened when McEnroe made a mistake or lost a game – the tantrums and dummy spits. Of course, it’s natural to feel disappointed when we make mistakes, particularly when they happen in high-stakes situations. But in McEnroe’s case, his frustration was directed outwards – at the umpire, the ball boy, the crowd – rather than inwards towards learning and improvement.

McEnroe’s focus was always on protecting his appearance of being a great tennis player. If he wasn’t having a great day, if he was losing a match, instead of accepting responsibility and being accountable for his performance and what he needed to do to improve, he would blame someone else.

McEnroe also didn’t like to practice. He saw it as a sign of weakness, that there might be something wrong with his game – something he couldn’t admit.

For McEnroe, tennis was all about proving he was the better player.

McEnroe might have been a great tennis player. But he’s not the type of person I’d hold up as a role model to my children or want teachers to emulate. For that, we need to look for someone with a Growth Mindset and see how they engage in the world.

Compare McEnroe to Roger Federer, who, in my opinion, is the quintessential Growth Mindset tennis player. Federer makes a point of practising harder than almost anyone else in the game – and he says so.

"For Federer, practice isn’t a sign of weakness; it’s a sign of commitment to his growth and becoming a better player". 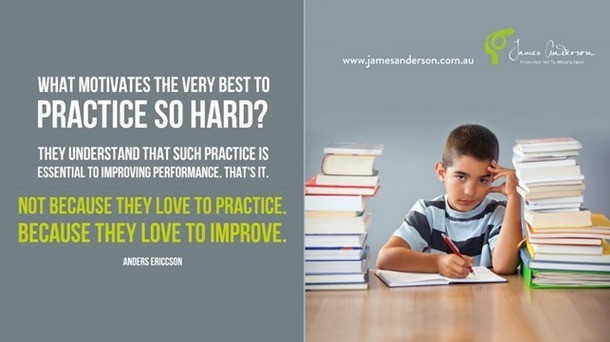 Federer is all about improvement. For him, mistakes aren’t a sign of weakness. In many ways, they are a blessing because they help him identify what he needs to work on. He’s not out to be the best in the world – he’s out to be his best.

For Federer, tennis is all about improving, and to become the best player he can be.

In some ways, I feel Federer doesn’t compete against the other players so much as he uses them to improve. When he does lose or make a mistake, he doesn’t assign blame or make excuses. He praises his opponent for the way they played, often thanking them in the process.

Federer knows that someone who can push him, and even beat him, is a gift. There aren’t many people in the world who can show him where he can develop his game. And he recognises that the lesson he learns is far more valuable than any “win”.
Federer’s Growth Mindset helps 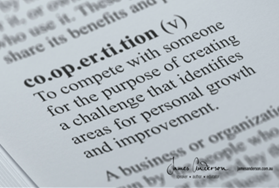 him understand that life isn’t
about being better than someone else. It’s about being better than yourself. This understanding has changed the way he engages in tennis. Rather than being a competition against someone else, it’s more like a “co-opertition” – a word I’ve created that means to compete with someone for the purpose of creating a challenge that identifies areas for personal growth and improvement.
Federer might like to win, but that’s not why he’s playing the game. He’s playing to improve. I think Federer sums up his Growth Mindset attitude in this quote:

I love the way he finishes that quote: “That’s what makes me a better player.” He’s not particularly interested in being world number one. He wants to be the best player he can be. Even when he is world number one, he looks for ways to improve. When you focus on being better than yourself, your world ranking looks after itself.
Moreover, Federer’s Growth Mindset is what makes him such a gracious player. Unlike McEnroe, Federer knows the game isn’t about proving he’s the best. A ranking isn’t a measure of who he is. Instead, it is a recognition of the work he’s done, a measure of where he is at, and a way to continue to better himself.

For Federer, a win is a reward and acknowledgement of his work. Not vindication that he’s better than someone else.

His Growth Mindset allows him to shift his focus from achievements and rankings to mastery and improvement. Instead of asking how good he is, he asks, “How much better am I today compared to yesterday?” And instead of focusing on things he can’t control, like how good another play is, he concentrates on becoming a better version of himself.

"And that’s possibly the greatest reason why we should develop Growth Mindsets in our organisations. A Growth Mindset changes the way we live and learn. It allows us to live a more gracious life. By focusing on becoming better versions of ourselves, we create better leaders, employees and organisations, where true growth underpins our success."

If you’d like to work together to help develop Growth Mindsets and a love of improvement in your organisation, simply reply to this email and tell me a little about your context. Alternatively, use this link to book a time in my calendar to discuss how I can support your work.
Best Wishes,