Learnership – Are your students skilful learners?

#learnership education
As a classroom teacher, I had a group of students I feel I let down – badly. It was never intentional. I wanted to help them; I just didn’t know how to help them. I couldn’t get through to them in the way I wanted.

These students weren’t exactly wasting their time, but they weren’t spending their time effectively, either. They’d rarely slack off enough to warrant getting into trouble, but neither would they push themselves enough to excel. They’d be “on task”, but sometimes only barely.

"These students coasted through school, never taking charge of their learning or path through life."

These students handed in work that was “satisfactory”. I’d give them formative feedback on how to improve, but they’d shrug their shoulders and say their work was “good enough”.

From time to time, I’d challenge them to push themselves. I’d write things in their reports like, “Johnny could do...
Continue Reading...

Learnership - The Skill of Learning

#learnership education
You are a skilful teacher!

If you’re taking the time to read my blog, then you’re already committed to your professional growth.

You regularly reflect on your practice. You ask yourself, “What’s working? What’s not? How might I improve?”

You’re concerned about the students who are progressing. You constantly look for ways to engage them and help them achieve more. And you challenge your students to strive for greater growth and achievement.

Over the past few years, you’ve attended plenty of professional learning events: conferences, workshops, and in-school learning. You’ve read widely and engaged in reflective practice. You’ve learnt about the importance of setting challenging goals for students, providing formative feedback, and so much more.

But for all the work you put into becoming a skilful teacher, do you ever feel as though your students aren’t living up to their end of the bargain?

Learner Agency – The Role of Learnership

As we explored in my last blog, the concept of Learner Agency is gaining more and more importance around the world. Fortunately, it’s not a new concept – it dates back to at least the 17th century. And teachers who have been following my work on Growth Mindset and Learning Agility find they are ahead of the Learner Agency curve, already adopting many strategies that develop agency in learners.

Drawing on research and definitions of Learner Agency used by organisations like the OECD, Harvard University’s Achievement Gap Initiative, the International Baccalaureate Organisation, and the Victorian and New Zealand departments of education, I offer the following definition of Learner Agency. This definition synthesises the key ideas to provide teachers with an understanding of what Learner Agency is and a clear direction for developing it in learners. 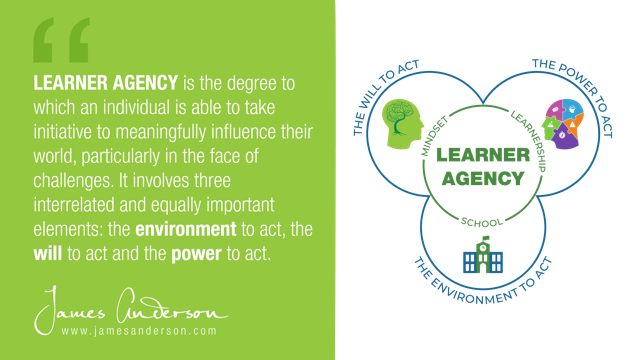 The result of having agency is that you can choose your path through life. You act on the...

What is Learner Agency?

#learneragency education
Learner Agency is fast becoming the latest educational buzzword. It is appearing in educational policy documents around the world, and attending a conference without hearing mention of it is increasingly difficult.

But what is “Learner Agency”? Why should school leaders care? How do we support teachers to increase Learner Agency in students, and what tools can we use to guide and measure the impact of our work? 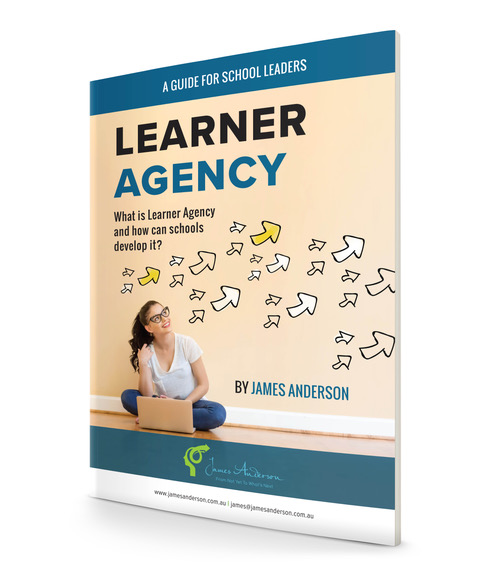 The idea of agency relates to a learner’s ability to navigate their way through life and positively impact their circumstances.

It’s about ensuring learners are the master, not the victim, of their circumstances; to be powerful, not powerless, in the face of adversity.

As such, agency helps teachers address one of our biggest educational goals: to prepare students for an uncertain and challenging future.

One of the most common interpretations relates to giving students “voice and choice” in their learning. The idea is that teachers...

Learnership – The Skill of Learning

Do you ever feel like you’re dragging your students through the learning process?

You set most of the challenges. You plan for and scaffold the learning. You find their mistakes, and then you show them how to correct them.

It can seem like some students just coast along. They complete most of the work, but you worry they’re not really challenging themselves.

One of my biggest concerns was that too many of my students weren’t taking charge of their learning. They were passive learners.

My students were learning the basic concepts and moving through the year levels. They were even getting decent grades and experiencing success in terms of achieving outcomes. But I often had the nagging feeling I wasn’t preparing them well enough for a life of learning.

I now realise these students lacked what I’ve come to call “Learnership”.

Through my work with schools, I know the feelings I’ve shared above are...

#learneragency education
Learner Agency is quickly becoming the latest educational buzz word. If you haven’t heard much about it yet, you soon will! It is appearing in educational policy documents around the world, so expect to hear it mentioned at the next conference you go to.

At this point, you may be thinking, “Oh no! Not another new thing!”

But don’t worry. Like most important ideas in education, you’ll probably find you’ve (kind of) been doing it already. And if you’ve been following my work on Growth Mindset and Learning Agility, you’re definitely ahead of the curve when it comes to Learner Agency.

Learner Agency relates to a student’s ability to navigate their way through life and positively impact their circumstances.

It’s about ensuring they are the master, not the victim, of their circumstances, and it is about students being powerful, not powerless, in the face of adversity.

In many ways, Learner Agency is at the heart of what...

The Power To Change Mindsets

Imagine you’re sitting in your staff room. What are you and your colleagues more likely to discuss: your “high-achieving students” or your “students who are achieving highly”?

From a Mindset perspective, the difference is subtle but important.

The first phrase, “high-achieving students”, suggests that “high achieving” is a type or category of student. It is a group a student belongs to, or not. Categorising students as “being” high achieving is an example of a Fixed Mindset Mover.

"When achievement becomes about what you do, not who you are, the underlying message is an...

Do your students leave you exhausted?

Are you ever exhausted at the end of the school day because you feel like you’ve been dragging your students through the learning process?

Sometimes, it’s like you have to hold your students’ hands through every step. You have to encourage them to get started. You show them exactly what they need to do. You set them challenges, then provide scaffolds so they can overcome them. Then you find their mistakes for them and show them how to correct them. And you feel like you have to do all of this, or they wouldn’t learn anything at all!

These students who leave us exhausted are the ones with poor Learnership – they haven’t learned how to effectively engage in the learning process. It’s not that they can’t learn; it’s just that they don’t know how to learn effectively.

In any given lesson, there’s a particular cognitive load that needs to be “lifted”. This is the intellectual work required to achieve the...

How many times have you heard students excuse their lack of effort or poor performance by saying, “But I’m just not good at …“

Perhaps your students say, “I just don’t want to,” which is really just a cover story for, “If I tried, I think I’d probably fail, so I’m not going to try at all.”

Or perhaps your students constantly stay in their Comfort and Performance Zones, afraid of the mistakes that are likely to occur if they venture into their Learning Zone. If this is the case, they probably aren’t interested in reading the formative feedback you spent ages carefully crafting after their last assignment.

All of the above are symptoms of a Fixed Mindset: a student’s belief that they are unable to make much difference to their basic abilities. This means that if they aren’t good at, say, maths today, they believe they won’t be good at maths in the future.

If that were true, if they really...

When students try hard, but …

Do you have students who get stuck in their learning?

I’m not talking about being stuck on a particular problem. I’m talking about students being stuck in their learning. These are the students who “try hard” but constantly struggle. They find it difficult to grow and reach new standards each year. They always get the same results, never quite achieving what they aim for.

Often, these are the students who slowly fall further and further behind.

These are also the students who take up more and more of a teacher’s time. At first, we need to scaffold their learning. Then we need to give them extra support and “hold their hand” as we guide their learning. Eventually, it may feel as though we’re dragging them through the entire learning process – spending more of our energy helping them achieve, often at the expense of time with other students. We’re left feeling exhausted in the process.

"In the context of the Learning...